By adminSeptember 21, 2015Uncategorized
No Comments

First Look at the New AG-DVX200

The AG-DVX100 was a revolutionary camera when it was released in 2002.  It was the first camera to bring native 24p recording to its price range, and bred a new standard in quality for film students, independent videographers, wedding videographers, and video journalists.  The AG-DVX100 was light, had a fixed power zoom lens, and recorded a high quality picture.  At Digitron, we have repaired hundreds of these cameras and we know them well.

Panasonic hopes to relive the success of the AG-DVX100 with the new 4k AG-DVX200.  This camera should be a hit with the market of videographers who prefer the built in, integrated lens design.  It’s a strong alternative and where the GH4 camera competes with the Sony alpha cameras and Canon 5D cameras, the Panasonic AG-DVX200 offers a lot of first in class features.  Expect to see these cameras at a wedding near you soon.

B&H Photo has the AG-DVX200 for $4,195 and an October 7th launch date.  Below is the first official footage released by Panasonic.  Watch it full screen at 4k resolution.

As an authorized service partner for Panasonic professional cameras, we are committed to providing a quality experience and exceptional service where possible. 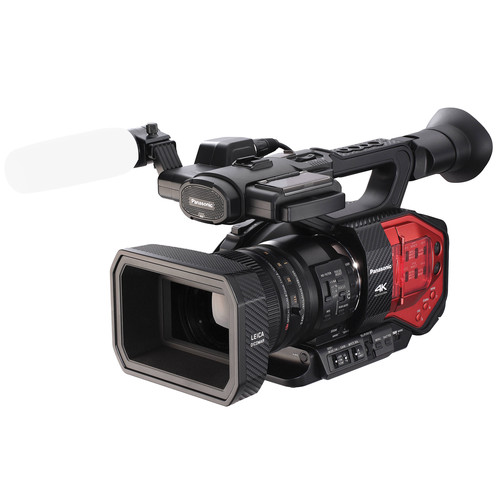